Riptale is a challenging 2D roguelike action game aiming to make sword combat be as bloody and impactful as possible. The player collects gems that allow them to execute different attacks in the order of their choosing. All this results in a symphony of combos that fill the screen with blood and guts. If Riptale was a board game it would shoot scissors at you.

Instead of erratic hacking of the attack button the player must instead first aim at their target and then strike. The attacks are powered by arcane gems which make them powerful enough to bring down the ancient dragons threatening the world. Each gem takes a few moments to recharge, which means the attacks must be planned carefully lest they run out at the worst possible moment. 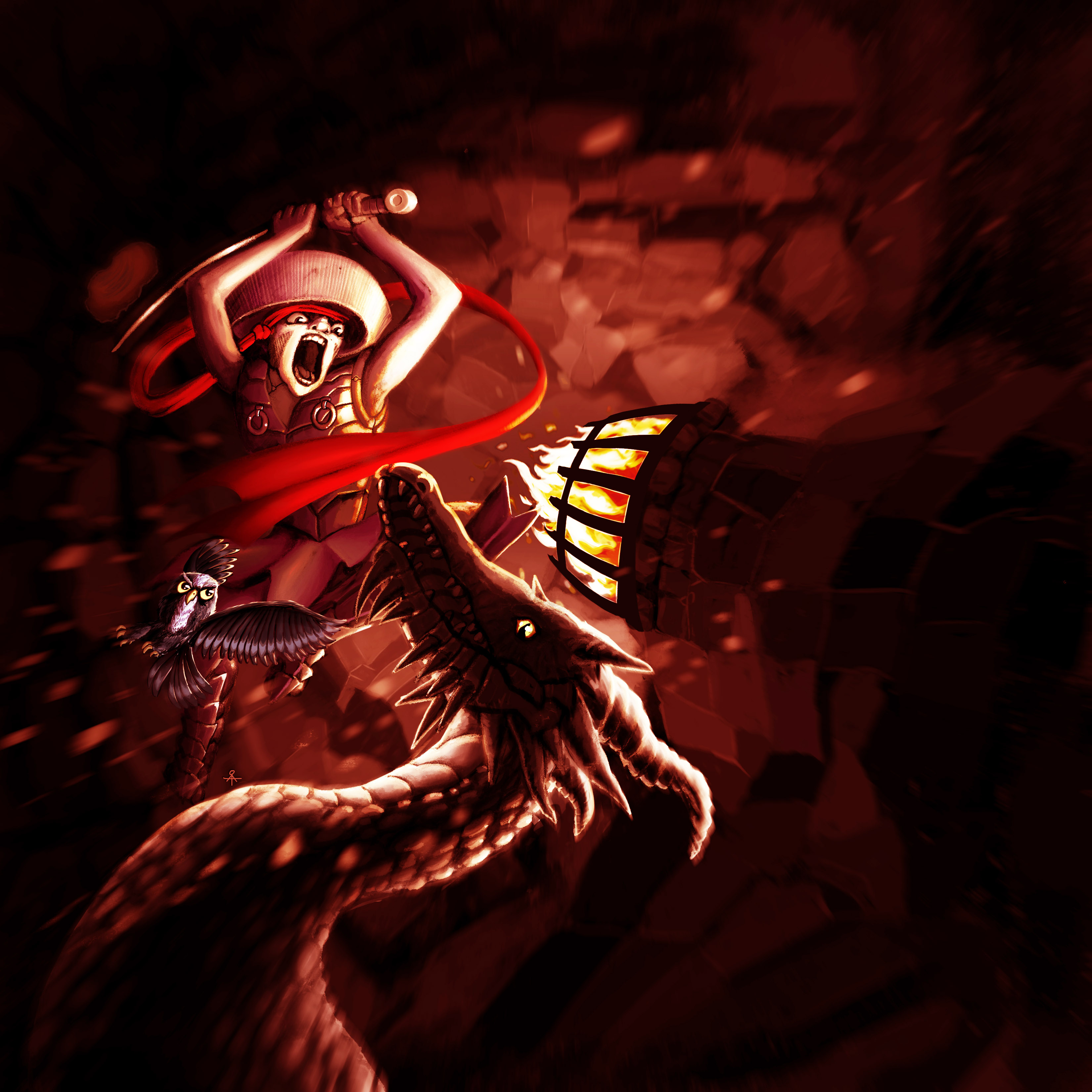 “Riptale is not only one of the best action games to come out this year, but also the best roguelike I've played in a long time.” — Defunct Games (May 1st, 2017)
defunctgames.com/courant/1153/riptale

“Riptale also features an innovative attack system that gets rid of the mindless button mashing seen in most action platformers in favor of a system that requires you to line up the enemy in your sights, then attack.” — alphabetagamer.com (February 3rd, 2017)
alphabetagamer.com/riptale-beta-sign-up

“Pretty damn cool honestly, it feels like a game I could just go back into and play over and over again trying to beat stuff, it’s real fucking awesome” — MegaGWolf (April 28th, 2017)
youtube.com/watch?v=i3JJ4eoCrs4