Switching the Chisel Into a File

Riptale has been on Steam for almost a week now. The reception has been positive. The Riptale Soundtrack is also releasing on Steam today. It contains a bunch of bonus tracks, some of which aren’t in the game at all. We tried to fit every piece of material in there that was worked on during the development. 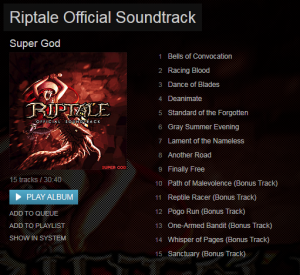 What’s in the pipeline for us? We’re still fixing bugs and making small adjustments to the game, such as adding idle animations for the enemies. When we feel like the game is in a good enough state, we’ll do the Mac and Linux builds and the focus of possibly making even a mobile version.

One thought on “Switching the Chisel Into a File”