Thunderclap campaign in a nutshell 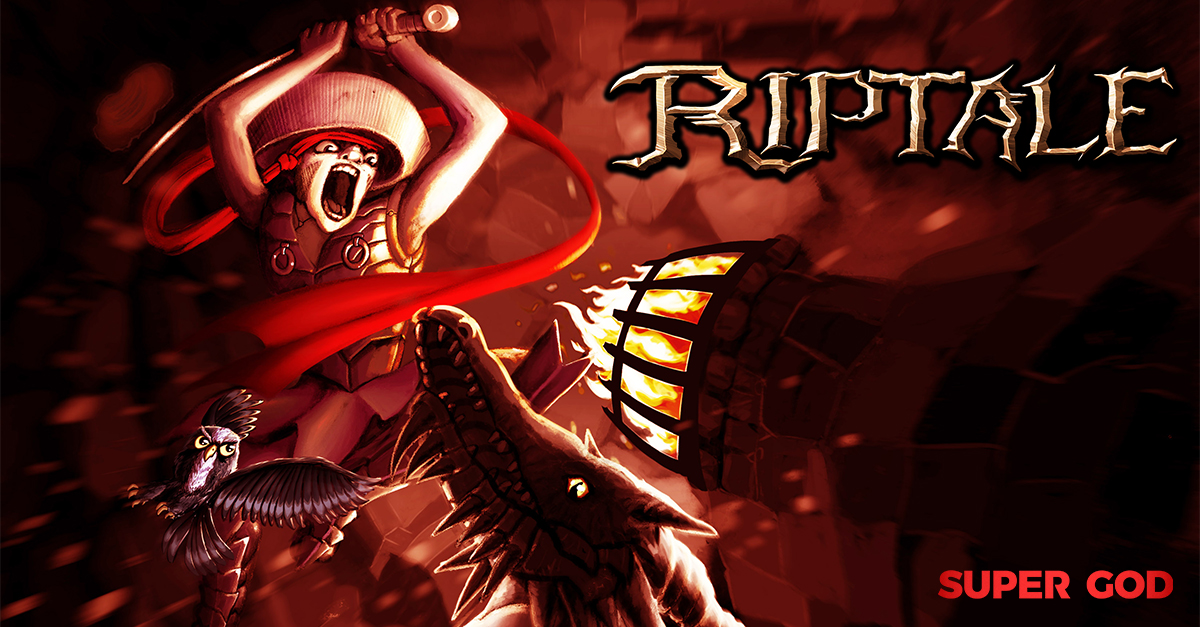 As you might know, Riptale’s launch date is getting closer. We decided to start a Thunderclap campaign to reach more people on that day.

If you know what Thunderclap is, scroll down a bit to see a step-by-step guide for the process! Or just go to https://www.thunderclap.it/projects/55556-riptale-releases-on-steam  (Note: Make sure to click one of the red support buttons, instead of just sharing the campaign page!)

If you’re unfamiliar with Thunderclap, keep on reading.

Before I go into the details on how you can support Riptale, I’ll tell you a bit about the service itself.

Thunderclap is a so-called crowdspeaking platform. Think about it as a crowdfunding, but instead of money, people give visibility in social media. The campaigner can set up a message, and a number of supporters as a goal. If the goal is met, Thunderclap will post the message on every supporters social media at the same time. This will provide a burst of visibility for the campaign!

This is where you clap in

When you support our campaign, you can select if you want to share the message on your Facebook, Twitter or Tumblr page. Thunderclap will ask for permission to post/tweet on your account. Fear not though, it will only post once (unless you decide to support another campaign in the future).

The message that Thunderclap will post is shown on the top of the page (see the image below). You can edit the message and it’s even encouraged to do so! The link to our Steam page is automatically added to the end of the message.

The message will be posted/tweeted on your page on April 27 at 6.00PM EEST.

We want to maximise the visibility of Riptale on the release date. Posting on multiple accounts at the same time should help us with that! We trust our friends and fans to support us so we can keep on making great games for you in the future!

It’s a small step for a person, but a great step for Super God! That’s why we think it’s reasonable and possible.

2. Choose the most suitable support option for you!

5. Optionally you can now share the campaign page. It will be greatly appreciated! 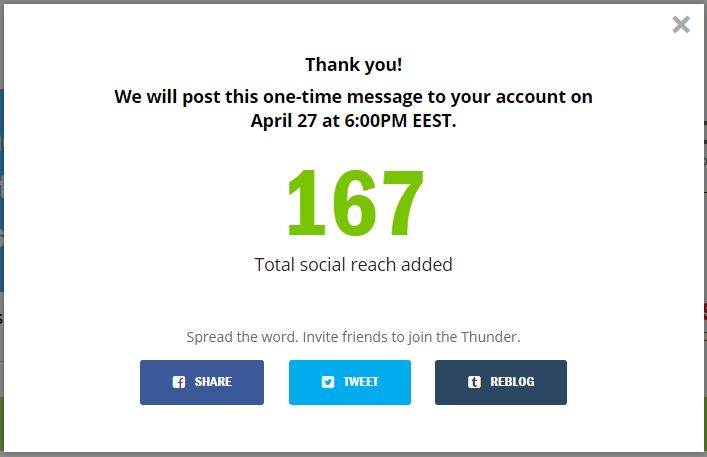