What a frantic week!

The release of Riptale is creeping closer. We’ve been doing a lot of work in Steamworks… now that we actually gained access there. Check your spam folders, people, if you happen to have one (our service provider failed to provide them). Adding trading cards turned out to be more work than anticipated. Not only do you have to draw the card pictures, but they also require you to do six different badges, five profile backgrounds, and five emoticons. Easy enough, but still something we hadn’t pre-allocated time to. 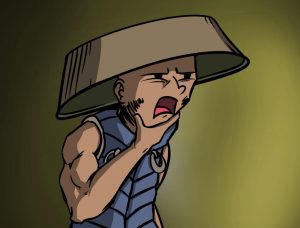 A proper trailer is something we want to do, but that’s a lot of work, too. For starters, somebody needs to capture a lot of gameplay footage for it and nobody at the studio has the time to do it. The editing work isn’t easy, either. We received a lot of comments about our Greenlight trailer saying that it had too frequent cuts and that you couldn’t really tell what was going on in the game. Fair enough. Professionals cost a lot of money, though.

Regarding beta tests, we’ve sent the builds out to our selected Linux and Windows testers. The Mac testers will receive theirs next week. We definitely want to support those systems, but it is possible that we’ll have to push the Linux and Mac versions a bit further past the initial Steam launch. Time will tell.