How Important Is Testing?

So, the Steam Greenlight didn’t happen, yet. What’s up with that?

To be quite honest, it wasn’t anything big. It was just a laundry list of little things. The game wasn’t ready to be handed to a bunch of journalists and streamers. Who knows if it’ll be when we actually do hand it out. What gave it away?

The problem with the project is and has always been testing. Sure, we test the game inside the company quite a bit, but we know how to play it. What happened when we gave it to an outsider? For one, we realized how broken it still was. Things that never happened to any of us started to pop up in an alarmingly rapid fashion.

Another issue was that the combat still wasn’t good enough. Sure, it’s a beta version. But we are banking on that feature. It needs to be tight enough so that when people try the game they will remember it. They need to believe in it. We can say, “Oh, the combat will be better in the release,” but seeing is believing. People are growing wary of promises about unfinished game projects. Our priority at this point is to at least show something good. 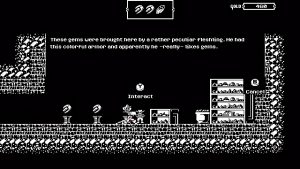 The programming department has been working hard to fix bugs and give the combat another layer of polish. We really want to get this game out in the public, but no promises at this point.