Time is always against us. As game developers we want to make great things for people to enjoy but how much time can great things take? Can we afford to go overtime if the difference in end product is like between night and day? 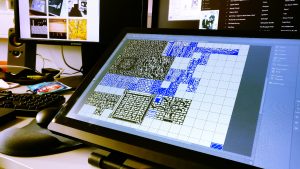 The usual situation is that game designers have a metric ton of ideas for content and mechanics of the game and in general everyone in the team wants to see all of those things added in. The problem is that typically implementing each feature takes three times the amount of hours allocated to the task. And that is not a small problem. Optimism kills projects and even if you had the time to add in everything you wanted, the game might end up a mess as a result.

Assets are usually not an issue. If the artists draw something, there might be room for improvements, but you’ll at least have something you can use in the end product. The real time sink are bugs in the game code. Bugs are unpredictable. Bugs are puzzles that need to be solved for the project to go forward. A simple bug can take anywhere from ten minutes to ten days to fix, because the cause could be anything. Often you can’t leave them in because they can turn your customers into an angry mob. Sometimes it might be a valid strategy to just seek for an alternate implementation for whatever is currently bugging out. 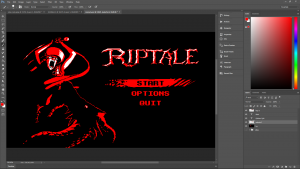 Good games have been crafted carefully. Tweaking everything until it’s just right is almost always a very time-consuming process. But it’s necessary. So, at what point do you stop adding in features and start honing them? It can be tricky. You want to be proud of the end product. You want to have fun while playing your own game. You just need to concentrate on the right things while you’re developing it.