Scrum Masters of the Universe

New sprint is upon us and we’ve tried to slalom around painters and construction workers who are working hard to make the building look as pretty as humanly possible. In the meanwhile, we’ve been doing our own construction work, trying to get the level generation working properly. The autumn mornings might be getting cold, but the drive to get Riptale finished is only getting stronger. 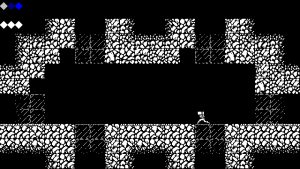 Not surprisingly, a lot of time has vanished into this site called HacknPlan. It’s a project management tool that offers the same functionality as something like Trello, but with a higher focus on game architecture and all the things that are required to have a successful game project. We’re impressed with how much this site has evolved during the past year. Still, even with all the best tools, dividing the project into task cards takes a good amount of time. 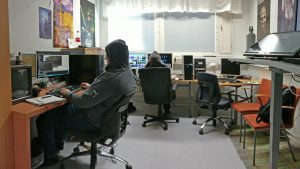 Scrumming is a lot of work. Meetings, planning, tasks, and assessments can take a lot of time. However, if that makes the completion of the project 10% more likely, it’s worth it. Game projects have a bad tendency to not get finished. Having a board of tasks in front of you also makes you more efficient because you always know what you should be doing. 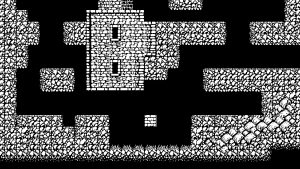 Other than that, one of the programmers threw all of the GameMaker files to Visual Studio. With C++ syntax highlighting the setup is remarkably workable. The only thing that would have made it better (that we’ll know the next time around) is if all the game code was in script files and just called from where needed. The object files can be a bit messy with all the XML interrupting the otherwise clear and concise syntax.