Riptale started in a very odd way since it was a Ludum Dare game. We didn’t have any documentation for it at any point. Mostly we just did what felt right which can make sense in a small project. But as projects get bigger, so does the need for a real design document. Last week we finally got one in a good start. 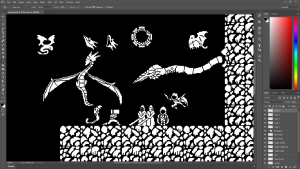 Action game is only as good as its enemies and our team has been cranking them out at a good pace. The sprites are relatively easy to produce while the real problem lies in making the baddies to behave in an interesting fashion. It’s not good enough for the designer to merely know how they should act when that information needs to be conveyed to the programming department in a way that makes sense to them.

Another huge issue since day one has been that we haven’t had a good website up. Sure, in today’s world much of the information about you and your product can be conveyed through social media sites. However, you still need a website. People who hear about you are most likely going to put your name in a Google search field and they expect to come up with something a bit more official than a Twitter feed. Now, we’ve actually got a website under way. Hopefully, it’ll be in a presentable condition sooner than later. 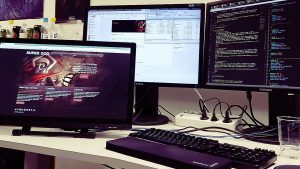 Then there’s the matter of GameMaker. It seems that due to unforeseen circumstances we have to rely on it more than anticipated. Perhaps these events will pay off at the end. It’s just that altering your plans always makes matters feel more chaotic.

38 thoughts on “Reign of Chaos”

Leave a Reply to crop your images Cancel reply