Sneak Peek at the Progress

Here at Super God, we don’t just appreciate our artists. We love them. We’re trying to figure ways to most efficiently spend our money and happened to find a nice, cheaper alternative to those 22-inch Wacom Cintiq tablets. This here is Ugee 2150. 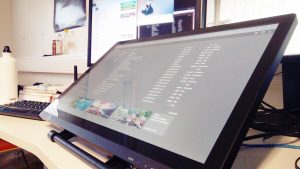 Even though it has a few minor gripes to it (e.g. the top glass is quite thick), it’s 21.5 inches. The colors are bright, the screen heavy and locked-in tight, and the amount of work space feels ridiculous coming from a Cintiq 15X (with 1024×768 resolution). For one-third of the price of a similar Cintiq tablet, this one will do just fine. In addition, we finally got our Photoshop subscriptions running.

Other than that, we’ve been working hard on the concept art of our upcoming game. We’re still figuring out how everything will look and feel. Hopefully we can release some actual info about the game in the coming months. 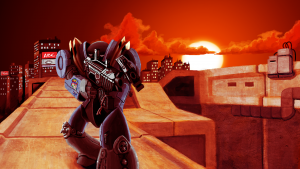 The engine has finally been finished and the programming team can concentrate on building the prototype. We’re thinking of doing a pre-prototype during the Ludum Dare next weekend. One thing we’ve learned in the past is that there are never too many prototypes. Naturally, the better you plan your project, the less you have to do damage control. This is why we also spent the weekend coming up with a roadmap for the prototype and writing tasks for our first sprint. We’ve got a good feeling about the project.

As a final note, if you’re interested in watching the art of the game being drawn, one of our artists does Twitch streams as he works. You can also check his Twitter account. That’s all for this week!

UPDATE: It would appear that the Ugee tablet drivers don’t play well with software other than Photoshop, which is a shame.

2 thoughts on “Sneak Peek at the Progress”